I had the pleasure of doing a guest review that was featured on Disney Mamas for Avengers: Age Of Ultron

Sequels are hard. There are expectations…Avengers: Age of Ultron does not disappoint and would definitely be one of those exceptions. I have no doubt this movie will be one of the biggest movies of the summer!

Avengers: Age of Ultron is decidedly different from its predecessor.  Don’t let its in-your-face-action opening scene fool you. It is not just a 141 minute unending series of explosive battle scenes, there are substantial plot lines and meaningful character development throughout the movie. This movie is unique in that it is a marriage of action, fantasy, comedy, drama and dare I even say a dash of chic-flick without disappointing anyone. 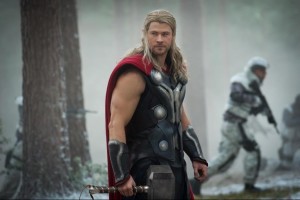 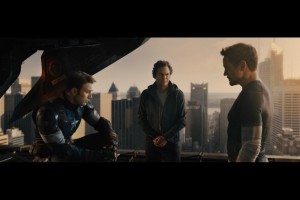 Filled with plenty of epic action scenes, this movie delivers substantially more as human emotion takes a front seat in the film exploring how fear, love, pride and dedication can both inspire us and cripple us.  The notable increase of humor and dramatic storyline from the first movie will keep even the non-Marvel fans cheering for more.  I’m going to give you a run down on the movie without ruining it for you!  There are several instances where the audience will gasp aloud in unison, and I don’t want to spoil the surprises for you!  This is a spoiler-free zone!! 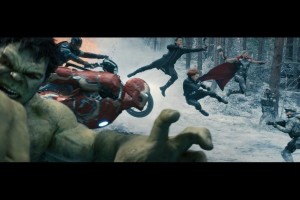 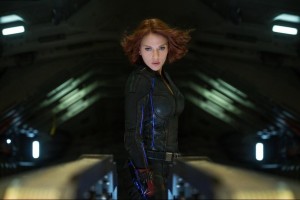 The film opens three years following the Avengers success in protecting New York from Loki.  In an almost overwhelmingly action-laden opening scene, all six of our favorite Avengers find themselves in Sokovia trying to take down a wintery Eastern European Hydra outpost. Here Baron Wolfgang von Strucker has been conducting human experiments with the aid of technology utilized by Loki’s scepter. We are introduced to two new characters, the Maximoff Twins- Strucker’s only two successful experiments.  Pietro, who has been enhanced to be able to move faster than the human eye (think Dash from The Incredibles), and Wanda who has been enhanced to manipulate human minds (think Jafar but in a red leather jacket and beautiful). 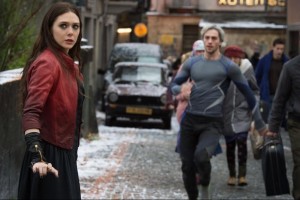 Tony Stark stumbles upon alien artificial intelligence. Tony’s intense fear coupled with his desire to protect fuels his determination to secretly create what he believes will save them all, Ultron, his “Global Peacekeeping Initiative.” Masterfully voiced by James Spader, and influenced by Tony Starks’s mannerisms, Ultron is a witty and pretty darn terrifying AI driven “murderbot” bent on the extinction of the human race.  Ultron is unlike most “robots” in that his choices are not fueled by logic, but genuine anger. He sees the Avengers as THE problem with the world.  After hearing him sing bits of Disney’s Pinocchio “Got No Strings” I would even call him creepy! 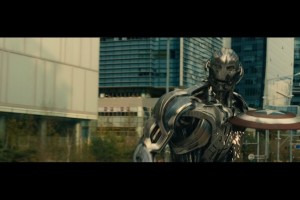 Bruce Banner gets a little more screen time in Avengers: Age of Ultron, and you really get to see some real depth in his character. Wanda manages to tangle up Bruce’s mind and let me just say, the Hulk losing his mind is VERY intense. Hawkeye also plays a more present role and steps up his leadership skills. Even Black Widow’s past comes to light, and you get so see a vulnerable side of her that has been unseen. Don’t misunderstand me, this is not a mushy movie – it is full of action but manages to explore emotion without being hokey or boring. 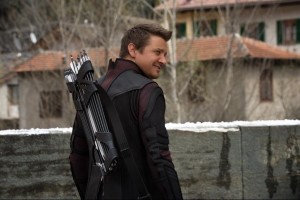 Throughout the movie, you will struggle with trying to figure who is a friend or foe and if they changed sides.  In order to battle Ultron, the Avengers must truly unite in a way they have been unable in the past.  Old friends James Rhodes, Agent Maria Hill, Erik Selvig and Nick Fury return to truly unite the Avengers.  You will also get to witness the transformation of the Scarlet Witch and the birth of Vision which will both leave you feeling a bit uneasy and wishing for more. 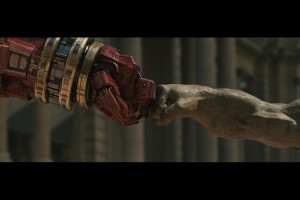 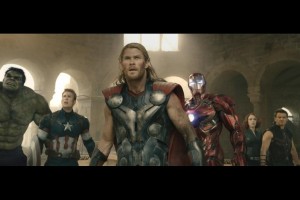 Avengers: Age of Ultron is the sequel to 2012’s The Avengers – but don’t worry you don’t need to break out a stack of comics for this one to make sense!  While this film can stand on its own two feet, I feel watching the first Avengers film would be beneficial. If you are a fan of the television series: Marvel’s Agents of Shield, there are some fun tie-ins to the series, but it is not necessary to binge watch before you go. Stan Lee’s token cameo appearance will leave both hardcore Marvel fans and those who don’t even know who he is with a good laugh! 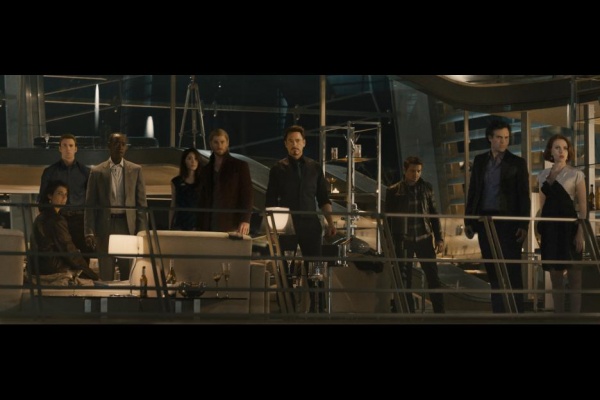 Length of Production – At 2 hours and twenty one minutes long, Avengers: Age of Ultron might be a little long for younger viewers only from a potty break standpoint.  Boredom will not be an issue for this movie!

Violence: There are some pretty intense battle scenes throughout, particularly when the Hulk “loses it”.  While not gory, there are some bullet wounds and they may be more than young children can handle. There is a notable death by multiple gunshots that is not overly bloody, but more emotionally intense.

Profanity is used a handful of times, but Captain America makes a point that the language is inappropriate.

Drugs/Alcohol: There are no references to drugs, but there is drinking in the party scene.  It is more casual, drinking to “hangout or relax” rather than “getting wild.” The focus is not on the drinking itself, but the camaraderie

Mushy Stuff: There is some cleavage and a few simple kissing scenes- nothing to blush over though. There are also a few sexual references that should go over most heads if they haven’t had “the talk” yet.  One reference was to playing “hide the zucchini” and another about a Catholic rabbit – but the focus is changed quickly.

Quality of Production ~ Amazing CGI, music and motion cinematography.  Imax 3D REALLY adds to the wow of the production.

Value ~ This movie will be great in regular formats, but I highly suggest upgrading your tickets to the Imax or 3D screenings if you can.  It will intensify the experience.

Our favorite way to get groceries: